The national animal of South Africa is springbok. The scientific name for springbok is Antidorcas marsupialis. Springbok is a medium sized antelope found mainly in South Western Africa. 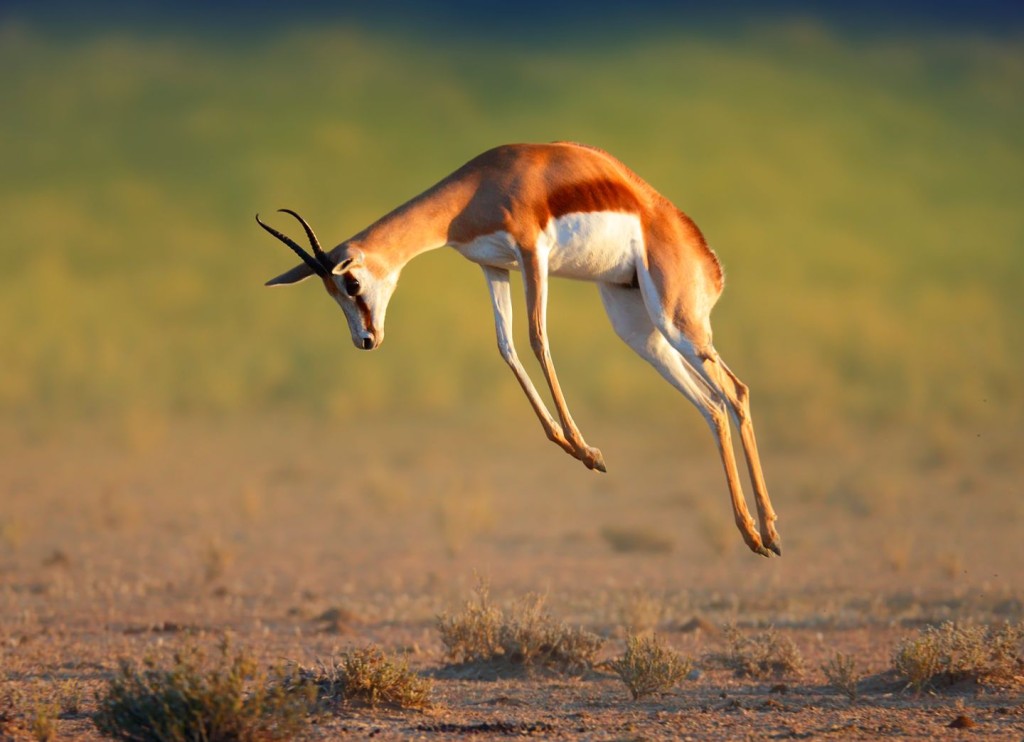 Springbok can attain 59 to 77 inches in length and can weigh between 66 to 105 pounds. The females are marginally small. Springbok is covered reddish fur on the back, white fur on the adjacent sides of the body and belly. A dark brown shaded horizontal line is in the center. The springbok have very thin legs which help it to attain a speed of 100 km/h, with a good speed there comes a good stamina too which assists them to counter their speedy predators i.e. cheetahs which get tired easily because of the rapid formation of lactic acid in their blood.

The gestation period for springboks is 6 months. The young offspring needs the mother’s milk till 6 months of age. Just like their bigger cousins Sable antelopes the young males are exiled from the herd. The female springbok antelopes reach maturity at the age of 1 year while males attain maturity when they are 2 years old. In wild these antelopes can survive up to 10 years on average, while in captivity the lifespan is higher than that.

Springboks get all of their water needs from the food, they don’t need much water in some extreme cases it is reported that these antelopes have survived without drinking water for years.

Springboks are among the least concerned category by the IUCN. The total population of these creatures in whole Africa is around 2,500,000.

Why is Springbok the national animal of South Africa ?

Because of their majority of the population is found in the South Africa it is chosen as the national animal. The same case we have seen with the Kangaroos.