The national animal of Australia is the Red Kangaroo. The scientific name for this marsupial is Macropus Rufus. Marsupials are actually those animals who keep their babies in pouches until the offspring are grown enough to take care of themselves. 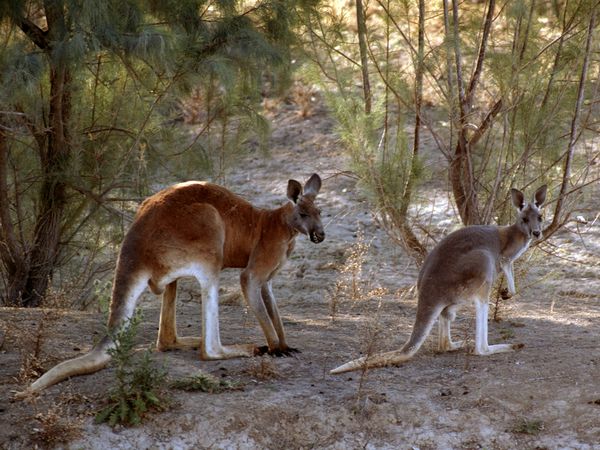 The Red Kangaroos are the world’s largest marsupial. Females can only have a single baby at a time, which is hiding in a pouch all the time and is so small that can be fit in a spoon. The baby does not emerge at least before 2 months after the birth. The hind legs of the Kangaroos are extremely muscular and powerful which let them jump over 1.8 meters in a single hop. Just like the Giant Pandas males are considerably larger than the females. The Red Kangaroos like to live in grassy lands. In Australia, hundreds of thousands of these marsupials roam across the country. Moreover, the Kangaroos are also being eaten in Australia and their meat is quite popular.

Why is Red Kangaroo the national animal of Australia ?

The Red Kangaroo along with Golden Wattle and Emu appear on the Australian Coat of Arms. The Australians are also being referred as Kangaroos sometimes just like South Africans are referred as Proteas. The biggest marsupial is quite common in the country even it is only found in Australia so that gives a hint why Kangaroo is the national the national animal of Australia.