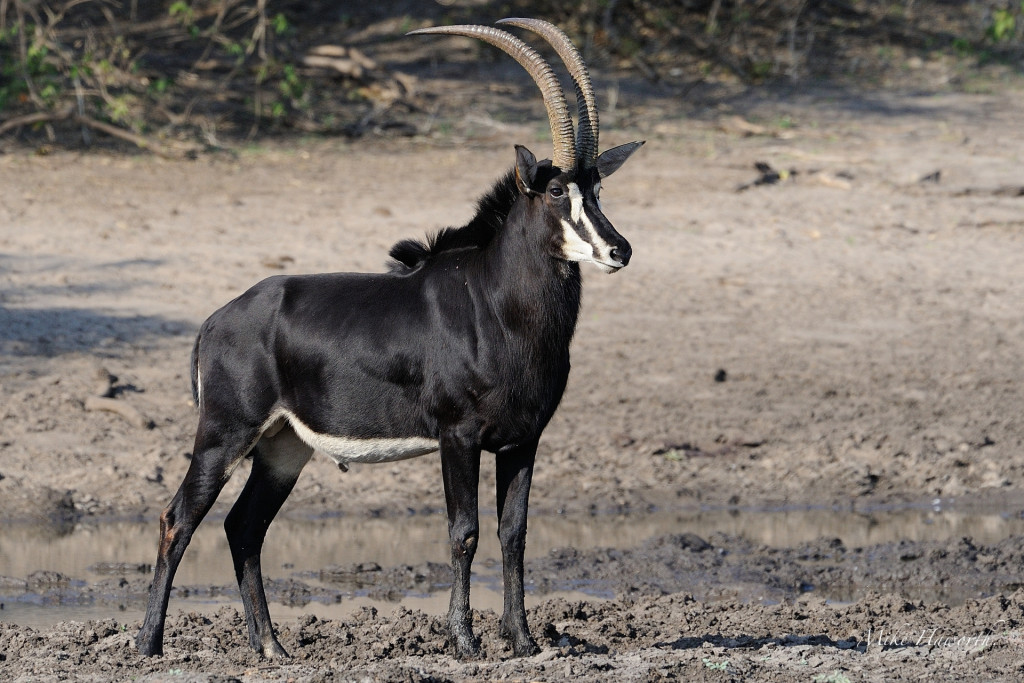 Giant Sable Antelopes are herbivores as we all know. They feed upon foliage, medium size grass, tree leaves and the herbs particularly those that flourish over the termite mounds. 90% of their diet constitute of tree leaves. Sable antelopes are diurnal in nature. The sable antelopes have a ruminant digestive system just like the cows. During spring, they visit salt licks to acquire some of the minerals.

In every herd of these antelopes, the juvenile males are evicted from the herd around 3 years old. Only the female calves remain, nevertheless. In case the herd get too large, it splits up into many smaller groups. These smaller groups then afterwards make up a new herd, yet only with a sole adult bull. The young bulls, which have been exiled from the herd, makes up a “bachelor group” of up to 12 antelopes. Out of this very bachelor group, the most dominant and the most aggressive male is the very first to take the position of the primary bull whenever in a new group of females the position for an adult bull is open. The bachelors usually fight each other to show their dominance over others.

The breeding season is related to the rainy season and when there is plenty of water available. The gestation period for the sable antelopes is 9 months that is similar to the humans. The young one becomes sexually mature at the edge of around 2-3 years, just after that, it is exiled from the herd as aforementioned. Just like many other herbivores a female gives birth to only one calf at a time.

Why is Sable Antelope the national animal of Zimbabwe:

The sable antelope is listed as an endangered specie by the IUCN. So for the sake of its conservation, it opts as the national animal of the Zimbabwe country.