The national animal of Algeria is Fennec fox. The Binomial Nomenclature for Fennec fox is Vulpes Zerda. The most astonishing thing is that the Fennec fox is actually the world’s smallest fox, just 8 inches tall and weighing between 1.5 – 3 pounds. 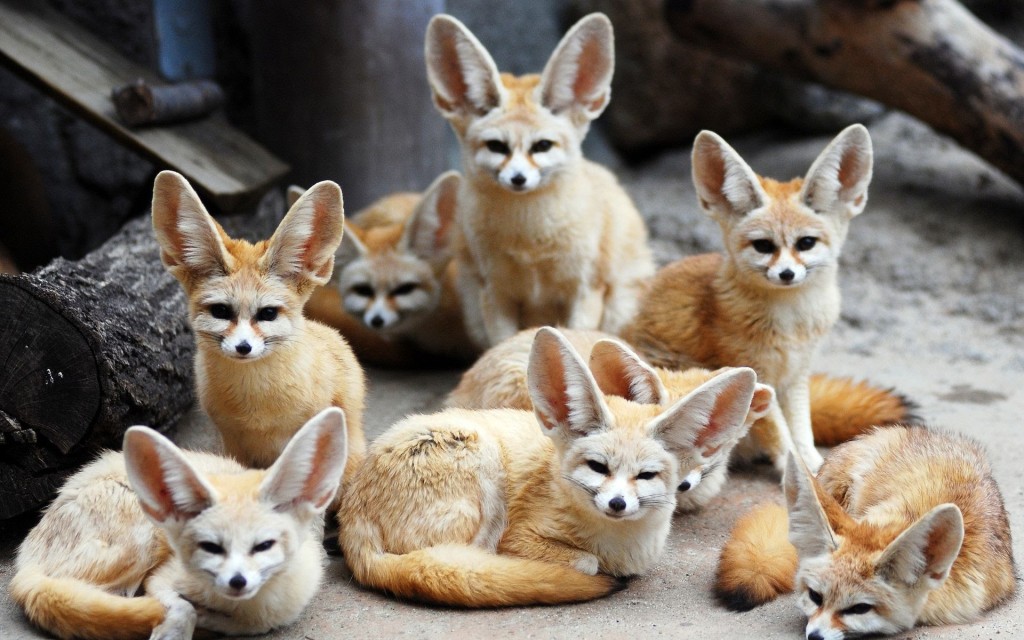 Fun facts about the Fennec fox:

Just like the most of the desert-dwelling animals such as snakes, coyotes etc, Fennec foxes are nocturnal. The nocturnal habit of these little foxes helps them to avoid the roasting heat of the deserts. In captivity conditions, you will often find theses foxes snoozing in the day as they only feel fresh, ready to hunt at night because of their nocturnal instinct.

The Fennec foxes are extremely adapted to the harsh conditions of the desert, so they almost need no water at all. These little cute foxes get to obtain their all water from the leaves, roots, fruits, eggs and from the meat of small animals on which they prey on.

We come to know about their social behavior only in captivity as in deserts they are really hard to be caught on film. Yet in captivity, these little animals have exhibited very social nature, love to play and engage with other members of the species. As what have been observed under captive conditions the Fennec foxes usually live in a  pack of 10 -12, however, the count of the group members in a pack can be more than that, it totally depends on the availability of food and territory.

Fennec fox as a pet:

Although the Fennec fox is not a domesticated animal yet a young one can be kept just similar to a dog or cat.

Why is Fennec Fox the national animal of Algeria ?

There is no special reason behind the scenario, however, the Fennec Fox is the national animal of Algeria all because of its majority population is found in Algeria and a few surrounding African countries. Moreover, International Union for Conservation of Nature (IUCN) suggests that a study should be carried out on these little Fennec foxes in its natural habitat to fully understand its habitat and population growth.