The National Flower of Spain is Red Carnation (or Clavel in Spanish). Its Scientific name is Dianthus Caryophyllus. The Red Carnation and species of its family means a lot to the Spanish people. The Red Carnations are bisexual plant and bloom in the month of June and they keep blooming for about six to eight weeks. 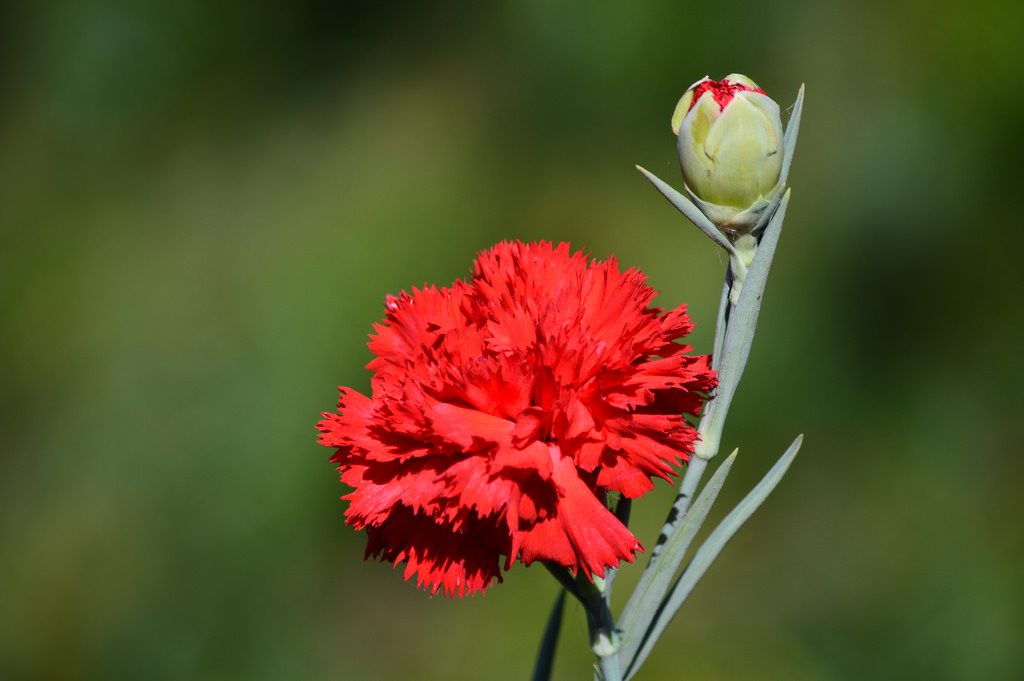 The Red Carnation belongs to Caryophyllaceae with Dianthus as the genus. The flowers grow about 3 to 5 cm in diameter and can reach about 80 cm in height. It is native to Eurasia. It was first used by Romans and Greeks in the Dark Ages. Carnation takes a long time and moist places for blooming. Carnations are available in three kinds: annual, biennial and perennial.

They can turn yellowish even become dead by over-watering. Red Carnation is used in many beers, wines, and beverages manufacturing companies. It is also used in medicine as a cleansing substance which is used to clean the skin without drying it and also in decorating desserts, sweets, and cakes. For people of Europe, the real meaning of Carnation is “Flower of gods”. It is edible like many other flowers such as rose.

Why is Red Carnation the national flower of Spain?

Red Carnation is widely grown in Aragon and Andalusia, the southern areas of Spain. It has been decorating windows of traditional white houses of these areas since peasants age. It is also a part of various traditions of Spain.

In Flamenco Dancing, it is used as an ornament in the hair of Flamenco dancer. It is also used in religious zeal, bullfighting, and eastern parades etc. Andalusian lovers propose their beloved by holding it in their mouths while playing Spanish guitar under their window. Keeping all these traditional uses of this flower in mind, Red Carnation is considered as the National Flower of Spain.

Carnations are sometimes grown in flowerbeds, sometimes in borders, and sometimes even in a pot like containers. Sunlight, soil, water, temperature, lighting manure and mulching are the factors which affect the growth of Carnation. Below are some tips to grow carnations:-

Before planting Carnation, select the place which gets at least four to five-hour direct sunlight every day. For better air circulation, drain the soil well enough without mulching.

Planting Carnations indoor can promote flowering in the first year. All you have to do is to take a container with drainage holes in it and fill about two inches with soil. Now sprinkle the seeds on the top of it. Then add a little more soil to cover the seeds.

After that, water the soil until it becomes moist. Now make a greenhouse effect on the container by wrapping the container in a clear plastic bag. In two to four days, seedlings of Carnations will appear on the soil. When Carnations gain the height of four to six inches, move them outdoors where they can grow efficiently. This will also decrease the frost risk.

Some folks like to plant Carnation outside from the beginning. For this, start sowing the Carnations seeds about one inch and a half-inch, and water the soil. Keep the soil moist until seedlings appear. After that, manage a distance of about one foot between the Carnation seedlings. Planting Carnation outdoor can decrease their chance to bloom in the first year. Soil frosting is also a threat.