The national animal of North Korea is Chollima. Chollima yes! never heard of that animal? Well, Chollima in real does not exist. It is a mythical creature. A mythical winged horse that originates from Chinese classics.

The word “Chollima” is actually derived from the Chinese word Qianlima which means talent and ability. 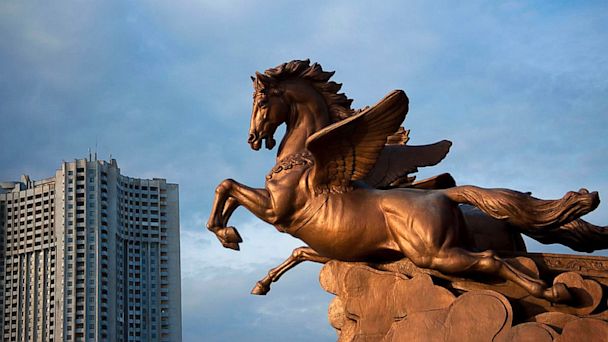 Why is Chollima the national animal of North Korea ?

The mythical flying horse Chollima is a very important emblem for North Korea. The nick name of the North Korean national football team is also Chollima which is quite weird. The Chollima Movement was initiated to promote rapid economic development, similar to that of the Chinese Great Leap Forward . President Kim Il-sung formulated the slogan “rush as the speed of Chollima” and this is just after the Korean War when the N Korea greatly needed to quickly rebuild to run the economy of the country.

In the capital city of North Korea which is Pyongyang city have a whole lot of Chollima statues. This mythical creature symbolizes heroism and fighting the spirit of the people of the country so that’s the primary reason why it has been chosen as the national animal of the country.