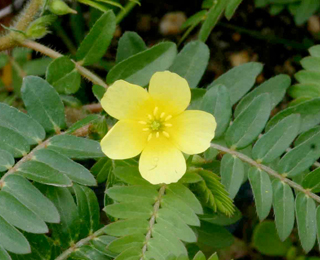 Tribulus is a flowering species belongs to Zygophyllaceae family (Subfamily:Tribuloideae). It is derived from Latin word It is mostly the native to warm region countries.  It completes its pollination cycle by insects. It is found in yellow colour with dark yellowish shade around the centre of the flower.

Only thirteen species of Tribulus is accepted by researchers and the rest of it are still under observation. It consists of around five petals, the leaves of it is small and different, unlike other popular flowers. It is non-toxic and is used in the field of medicines and in some homoeopathic products.

Why is Tribulus the national flower of United Arab Emirates?