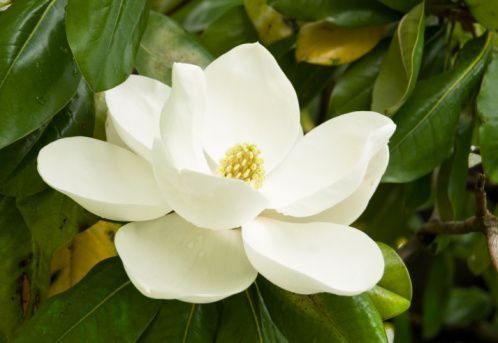 Magnolia sieboldii belongs to Magnoliaceae family with Mangnolia as a genus. Magnolia sieboldii it is also known as Oyama Magnolia. It is a flowering species of Magnolia. It is native to China, Japan, and Korea. This flower got the name Magnolia sieboldii, after the German doctor “Philipp Franz von Siebold”. It is a small flowering tree that can grow up to 5 meter to 10 meters tall. They are called spring flower because they bloom in the late summer. Magnolia sieboldii have a shape that looks similar to a cup, which is about 7 cm 10 cm in diameter and consists of 6 to 12 petals. It is mostly found in only one color and that is white. The roots of it can easily be damaged as they are fleshy, it requires a medium amount of water but on a regular base in a way to have a healthy flower growth.

Why is Magnolia sieboldii the National Flower of North Korea?

According to the people of North Korea, it is the sign of peace not for the native people but also for the country. This flower is cultivated on a large scale in North Korea because of its abundance. They are available only in white color this is the core reason for that it is called as the flower of peace North Korean people, also called it mongnan or mokran (Korean language).