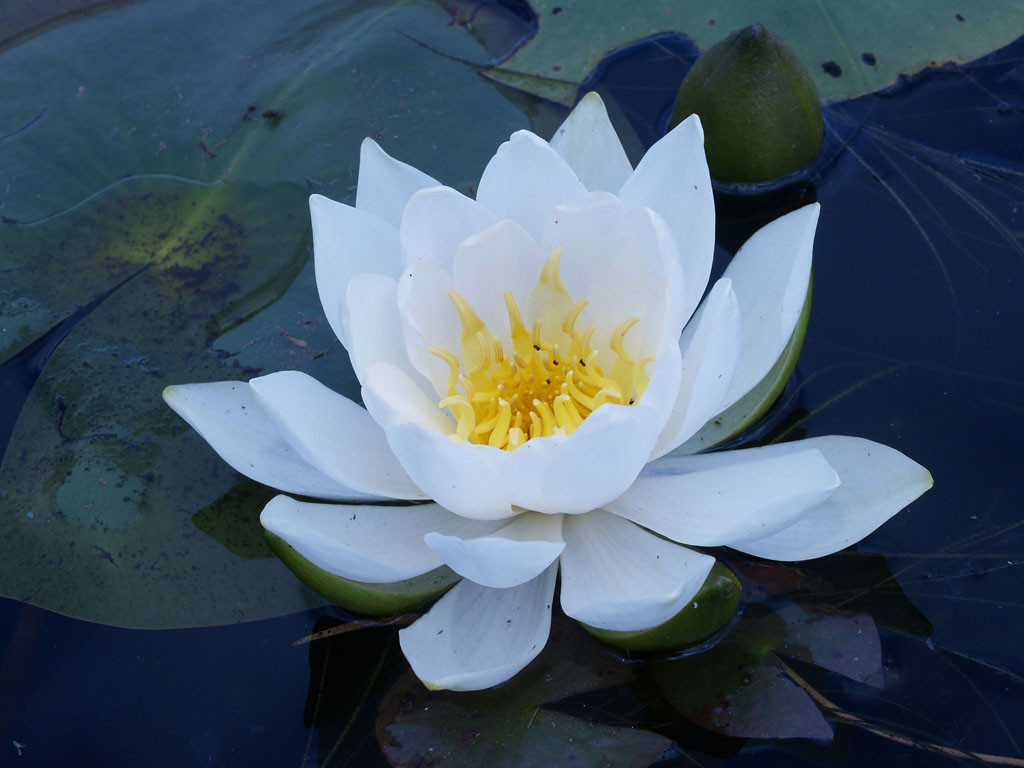 The White Waterlily belongs to Nymphaeaceae family and Nymphaea as a genus. Waterlilies have about 70 other species which are available in various colors. It is an Aquatic flower and also known as Sada Shapla (in the Bengali Language). It blooms in water bodies, the leaves and the flower of the water lily floats on the surface of the water. Water lily consists of showy flowers with a fragrance which only last for 24 hours. It consists of about 8 petals and 4 to 12 sepals. The leaves of Shapala are dark green in color with about 15 cm to 30 cm in diameter. They are rooted in the soil under water. The water lilies are pollinated by bees. It is native to some countries of Asia. In countries like Thailand, Mayanmar, it is considered as the garden flower as it is used for decoration. Some people also use water lily for indoor decoration by placing a water lily in a small bowl with full of water and a lily floating on it and use it as a table decoration. It has a unique benefit for an aquatic creature, scientist believed that too much sun can harm the creatures living under water but the water lily provides shade to them.

Why is white waterlily the national flower of Bangladesh?

The water lily has a great religious importance, to Hindus it is the symbol of purity of soul. According to them despite the fact of being grown in marshy places, the flower is clean and bright and with no dirt on it. For the people of Bangladesh, they have the same mind of set regarding  white waterlily, they considered it as soul purifying and a sign of peace too. They also have a huge sculpture of white waterlily at Motijheel near the center of Dhaka (capital of Bangladesh).